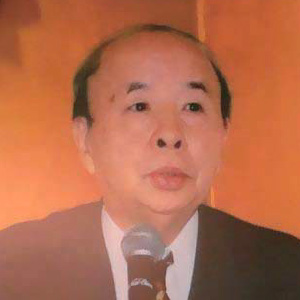 Prof. Noguchi (1926-2016) worked long time as a professor of Keio University in Japan. He was a member of SCJ (Science Council of Japan). He was one of the key persons for establishing IFSAM and also the International Federation of East Asian Management Association (IFEAMA).

He was strongly convinced that international cooperation is decisively important for the development of management science. In 1990, at the inaugural congress of IFSAM in Frankfurt under the leadership of Prof. Albach, Prof. Noguchi was elected as president elect and later became the second president of IFSAM. As president elect, he was the main organizer of the second biannual international congress of IFSAM held in 1992 in Tokyo, which was very successful.

Professor NOGUCHI’s achievement is impressive: about 50 books and numerous articles and papers translated or delivered around the world. But beyond their scientific content, I will highlight two main ideas or concepts:

Professor NOGUCHI has been a strong bridge between the academic communities of Asia, the Americas and Europe as illustrated by the history of the International Federation of Scholarly Associations of Management (IFSAM).

From 1988, the idea of a worldwide academic association for management sciences was shared with some of his friends, among those, professor Horst ALBACH, one of the leading academics in our discipline in Germany. The same year, he contacted me through the intermediary of one of his former students who became a colleague, professor Yasuyioshi KUROKAWA, who came in France for a sabbatical and who asked me to organize in December 1989 a conference in Paris on “R&D management an innovation”. I accepted this task with my colleague and friend Alain CHAMPAUX. It was the beginning of a long French-Japanese friendship.

In 1990, thanks to numerous contacts all over the world, IFSAM was launched in Frankfurt (Germany) with, among others, Horst ALBACH who was the founding president and Janice BEYER who was, at that time,  the president of the American Academy of Management and has been later elected president of IFSAM from 1993 to 1994. We lost one of our best supporters and an outstanding academic when she passed away, suddenly, in 2001.

The young association had rapidly about 30 member countries: Japan, Germany, The United States, Canada, France, Spain and most other European countries as well as Korea, Australia and New-Zealand, China and many other countries. It met a real need of the academic community.

In 1991, professor NOGUCHI devoted most of his time to his project, becoming president of IFSAM and preparing actively the first IFSAM world conference which took place in Tokyo in September 1992. It has been a tremendous success, a very high benchmark, all the more remarkable because the Association was not yet famous as it was so young.

The Tokyo congress has set a standard which, since has been kept for the other world conferences: Dallas in 1994, Paris in 1996, Alcala de Henares (Spain) in 1998, Montreal in 2000 (with almost 2000 participants!) and soon Australia in 2002. At each of these congresses, an increasing number of colleagues from the whole world meet an exchange respecting every one’s tradition and culture.

Professor NOGUCHI had a constant concern: IFSAM should represent the world in all its variety. He advocated in favor of the admission of the management association of the People’s Republic of China as a member of IFSAM, thanks in particular to his good relations with professor CHEN Zhicheng. Asia had also to keep it’s place in the academic world.

What is IFSAM today? The organization remains faithful to it’s founding principles and in particular the idea to promote management as a unified science. Real management problems are not easily classified within the academic disciplinary specialties: marketing, accounting, etc.

IFSAM brings to its members the benefit of an international network of outstanding academics respecting their differences. Their diversity is their wealth; opposite to that, other academic organizations tend to standardize and unify the ways of thinking, that is to say simplifying and oversimplifying thoughts.

To a very broad extend, all this is due to professor NOGUCHI’s efforts and vision. We all thank him very much for that.

We may request cookies to be set on your device. We use cookies to let us know when you visit our websites, how you interact with us, to enrich your user experience, and to customize your relationship with our website.

Click on the different category headings to find out more. You can also change some of your preferences. Note that blocking some types of cookies may impact your experience on our websites and the services we are able to offer.

These cookies are strictly necessary to provide you with services available through our website and to use some of its features.

Because these cookies are strictly necessary to deliver the website, refusing them will have impact how our site functions. You always can block or delete cookies by changing your browser settings and force blocking all cookies on this website. But this will always prompt you to accept/refuse cookies when revisiting our site.

We fully respect if you want to refuse cookies but to avoid asking you again and again kindly allow us to store a cookie for that. You are free to opt out any time or opt in for other cookies to get a better experience. If you refuse cookies we will remove all set cookies in our domain.

We provide you with a list of stored cookies on your computer in our domain so you can check what we stored. Due to security reasons we are not able to show or modify cookies from other domains. You can check these in your browser security settings.

We also use different external services like Google Webfonts, Google Maps, and external Video providers. Since these providers may collect personal data like your IP address we allow you to block them here. Please be aware that this might heavily reduce the functionality and appearance of our site. Changes will take effect once you reload the page.